The Palace of Vouni the sights of Northern Cyprus

Many travelers on their way to an excursion to the ancient city of Soli visit another attraction – the ruins of the Vuni palace complex. The palace was located on a hill just 7 km from Soli. The history of the once beautiful and majestic building, alas, was very short. Nevertheless, the ruins that have survived to this day have something to tell tourists who come here.

The Palace Of Vouni. History

About 500 years BC. e. in Cyprus, the Persians dominated, the center of control of the island they chose for themselves the city of Marion, which was located about 50 km from the city of Soli. In 499 BC, an uprising broke out in Soli, which lasted about six months, but was successfully suppressed by the Persians. In order to "look after" the inhabitants of the rebellious city in the future, the Persians decided to build a kind of "observation post"near the Salt. This is how the Vuni Palace appeared, which at that time was not a single building, but a whole complex of structures.

For the next 50 years, there was no cause for concern, but in 449, the Athenians under the leadership of Cimon broke into Marion and overthrew the Persian power, establishing Greek power. during the greek rule, the complex was rebuilt more than once. The history of the palace ends in 380 BC-the complex was burned to the ground and subsequently not restored. By the way, it was burned by the Persians, who again tried their hand at seizing power over Cyprus.

The architectural features of the Palace of Vouni

As it was established during the excavations, the entire complex was built in 4 approaches. The palace was built in 500 BC; before 450 BC, some changes were made; in 450-440 BC, already under the control of the Greeks, the complex underwent more significant architectural changes; the final construction period lasted from 440 to 380 BC.

The palace complex was a mini-city consisting of three zones or terraces:

— The upper terrace. here, at the highest point of the hill, was the temple of athena, built in the 5th century bc. the temple had its own courtyard, in which there were altars and sculptures. In the south-eastern rooms of the shrine, treasuries were arranged.

- Middle terrace. The palace itself was located here, as well as several religious buildings. The entrance to the building was from the sea. According to historians, the palace had 137 rooms, and the total area was 4200 sq. m. The palace had a spacious courtyard in the center of which there was a water tank. There was also a stele about 170 cm high (the stele with the pool can still be seen today).
The Wuni Palace was designed very competently. One of the distinctive features of the building is a well-thought-out system for supplying water to various rooms of the castle. The rooms were set aside for different needs. Thus, for food and storage of amphorae, there were their own chambers, the largest rooms in the north-western part of the building were used as warehouses, the palace had its own toilet and well, kitchen, master rooms, business rooms, sanctuaries, massage rooms, as well as fully equipped Roman baths with a complex system of pipes that provided cold and hot water.

— The lower terrace. here, on the territory reaching to the sea, ordinary people lived in stone houses with clay roofs. by the way, many artifacts that were originally stored in the palace were found here during excavations.

After the burning in 380 BC, almost nothing remains of the palace. Today, only the foundation, low remains of the walls, the pool with the stele and the ruins of other structures of the complex are clearly visible. Nevertheless, it is very entertaining to be in this place and imagine how everything looked in the distant times. A rare tourist will not take memorable pictures from the ruins of the Wuni Palace. The views of both the sea and the land are simply magnificent. When going on an excursion to this place, you should definitely check if you have a camera with you.

In fact, the palace had a different name. But until now, it remains unknown. "Vouni" is Greek for "mountain". Since the castle is located on a hill, it was decided to call it that.

The architecture of the palace is very unusual: it intertwines Oriental and Greek motifs.
The palace was discovered by a Swedish expedition just under a century ago. It has not yet been possible to unravel all its secrets. Excavations are still being carried out on the territory of the complex, so it is possible that new discoveries and finds will soon occur.

How to reach the Palace of Vouni?

The most convenient way to get to the Vuni Palace is by car. from nicosia and kyrenia, head to the city of guzelyurt. After passing the town, walk along the river Cerrahi to the coast. as soon as the sea appears, turn left and move along the coast (the sea will be on the right hand). without turning anywhere, go straight to the city of soli. a great landmark of this ancient landmark is a rusty iron ore loader going out to sea. you can't miss it. Once you reach the loader, the palace is about 7 km away.

Continue along the coast, and at the fork after Fener bar, turn left. The road will start to move away from the sea. After 3 km from the fork there will be a sign to the palace of Vuni, then you will have to go to the right. Another 1 km - and you are in the parking lot. If you are lucky with the navigator, you can enter the coordinates of the place where the pointer to the palace stands-35.159000 32.766800 or parking directly near the palace-35.158600 32.773200. 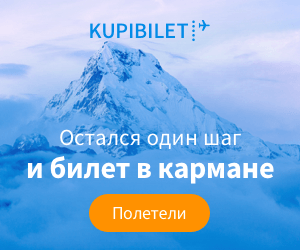